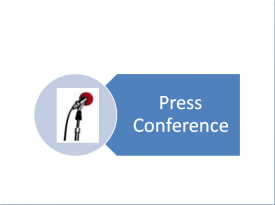 Press Conference From The Premier – March 29th Good afternoon. I issued a press release last night giving an update on the number of confirmed COVID-19 cases there are in Bermuda. That update of 22 confirmed cases is the case at this moment in time. There are no additional cases to report at this moment. […]

Press Release From The Premier on March 28th Premier the Hon. David Burt, JP, MP today announced of the 36 test results received today, there were five more confirmed cases of COVID-19 and 31 negative results. Three of the confirmed cases were imported and two had close contact with a confirmed case and are limited […]

Press Conference on Saturday March 28th Good afternoon Bermuda: As a further measure of public safety the Governor, in consultation with the Premier, the Hon. David Burt has exercised his authority under the Emergency Powers Act 1963. This has allowed for the enactment of the Summary Offences (Curfew) Order 2020 where the public is required […]

In the wake of the newly imposed curfew that went into effect on March 29th, below are the hours of essential service business hours.