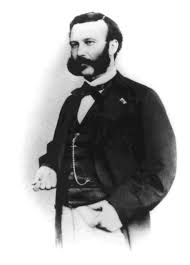 The Red Cross and Red Crescent movement is made up of three parts.

Based in Geneva, Switzerland, the International Committee of the Red Cross (ICRC) is an independent humanitarian organization, whose role is defined in the Geneva Conventions.
It helps victims of armed conflict and internal disturbances, and coordinates the work of National Societies in these situations. ICRC delegates also visit prisoners-of-war and civilian detainees to inspect their conditions.

Also based in Geneva, the Federation coordinates international relief provided by National Societies for victims of natural disasters and for refugees and displaced persons outside conflict zones.
It also helps national Societies with their own development, helping the to plan and implement disaster-preparedness and development projects for vulnerable people in their local communities.

The British Red Cross is a National Society. Most countries around the world have a National Red Cross or Red Crescent Society. Each Society has a responsibility to help vulnerable people within its own borders, and to work in conjunction with the Movement to protect and support those in crisis worldwide.
As each National Society works to meet local needs, services vary from country to country.

Proclaimed in Vienna in 1965, the seven Fundamental Principles bind together the:

They guarantee the consistency of the Red Cross and Red Crescent Movement and its humanitarian work.

The International Red Cross and Red Crescent Movement, born of a desire to bring assistance without discrimination to the wounded on the battlefield, endeavors, in its international and national capacity, to prevent and alleviate human suffering wherever it may be found. It promotes mutual understanding, friendship, co-operation and lasting peace amongst all peoples.

It makes no discrimination of nationality, race, religious beliefs, class or political opinions. It endeavors to relieve the suffering of individuals, being guided solely by their needs, and to give priority to the most urgent classes of distress.

In order to continue to enjoy the confidence of all, the Movement may not take sides in hostilities or engage at any time in controversies of a political, racial, religious or ideological nature.

The movement is independent. The National Societies, whilst auxiliaries in the humanitarian services of their governments and subject to laws of their respective countries, must always maintain their autonomy so that they may be able at all times to act in accordance with the principles of the Movement.

It is a voluntary relief movement not prompted in any manner by desire for gain.

There can only be one Red Cross or Red Crescent Society in any one country. It must be open to all. It must carry on its humanitarian work throughout its territory.

The International Red Cross and Red Crescent Movement, in which all Societies have equal status and share equal responsibilities and duties in helping each other, is worldwide.

The emblem of a red cross with arms of equal length on a white background is the visible sign of protection under the 1949 Geneva Conventions. As such, it is the emblem of the armed forces’ medical services.

The British Red Cross is authorized by the United Kingdom Ministry of Defense to use the emblem within specified limits.