Skyport released the flight schedule for August, with JetBlue, Air Canada, Delta Airlines, and British Airways all scheduled to serve Bermuda.
As compared to this month, August will see the addition of JetBlue from Boston and JFK, and an increased flight schedule from Canada and England.
According to the graphic from Skyport, the schedule for each airline follows below:

See the flight schedule below: 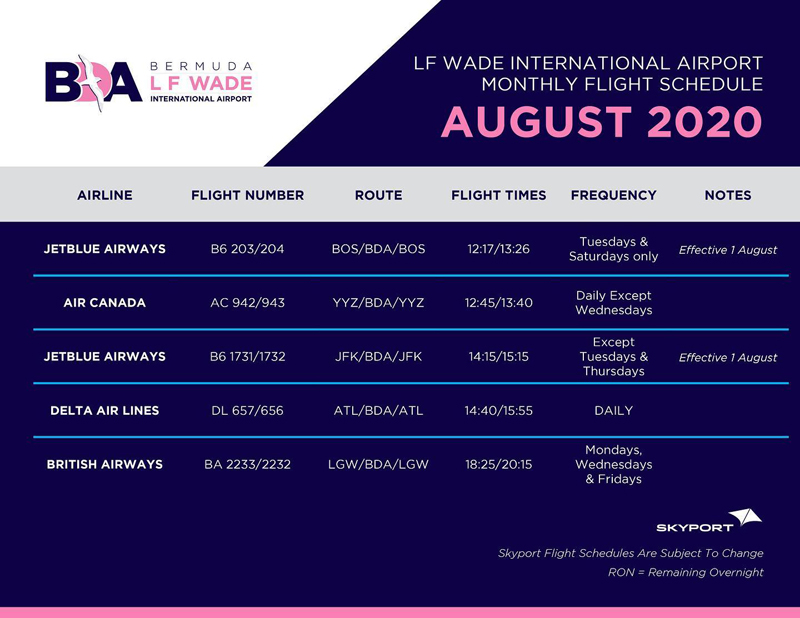